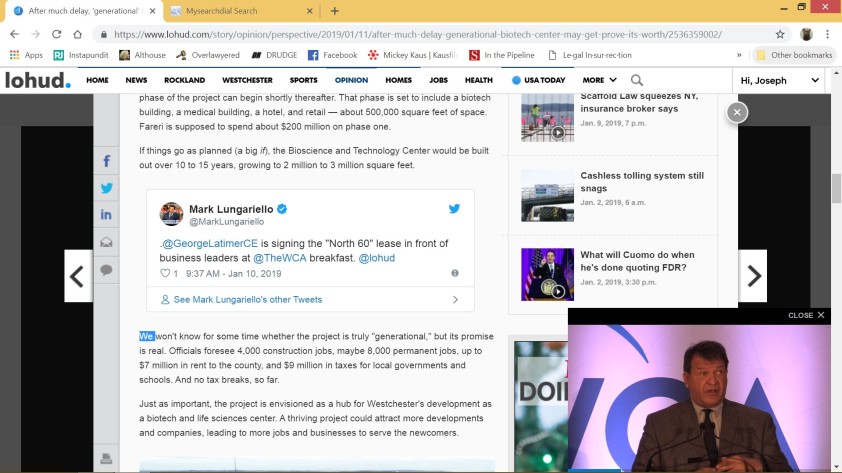 From an article in lohud.com about about the so-called ‘generational’ biotech center in Westchester County.  Ordinary article, then the jarring switch to first person plural “We won’t know for some time whether the project is truly “generational,” but its promise is real. “.  The article is not listed as opinion or review.  I suspect cut-and-paste from press release.

I also rolled my eyes at ” . . . but its promise is real”.  That says nothing.  I promise to lose 15 pound this year.  The promise is ‘real’.  Based on my past performance, such an occurrence is highly unlikely.  But I am sincere in my promise. 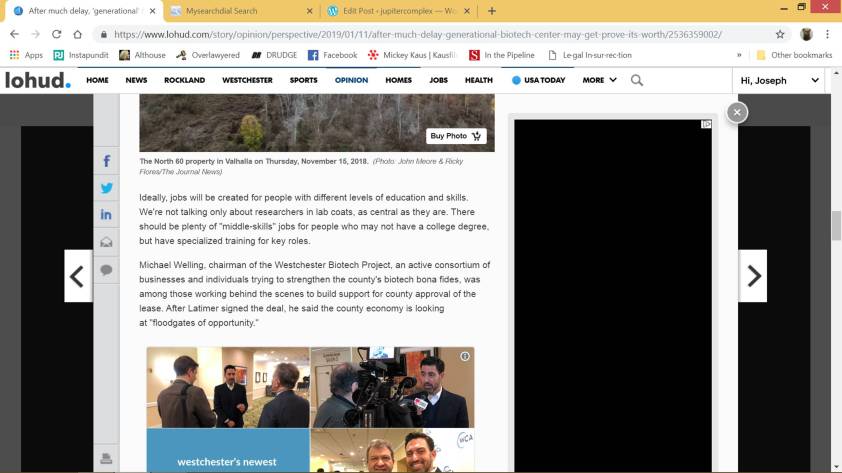 “Ideally, jobs will be created for people with different levels of education and skills. We’re not talking only about researchers in lab coats, as central as they are. There should be plenty of “middle-skills” jobs for people who may not have a college degree, but have specialized training for key roles. “

My emphasis.  Same point: looks like PR text copied to article.  My guess is an overscheduled reporter.  Where is the editor?